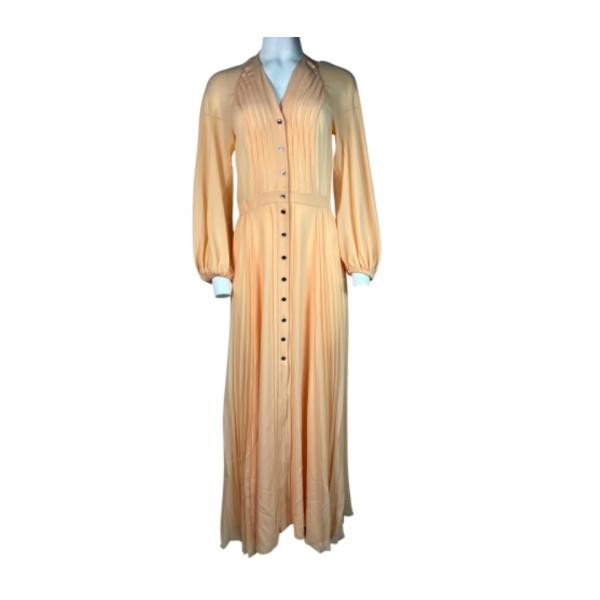 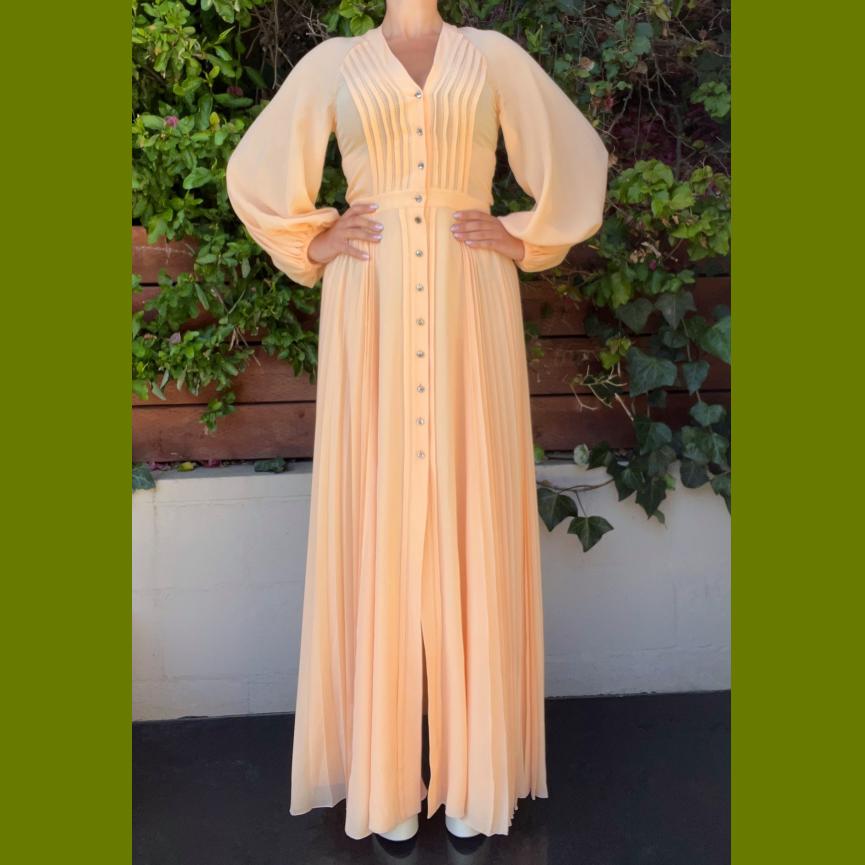 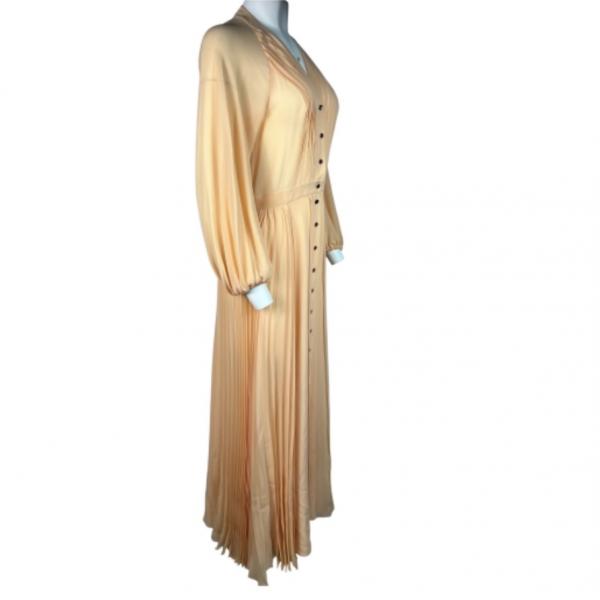 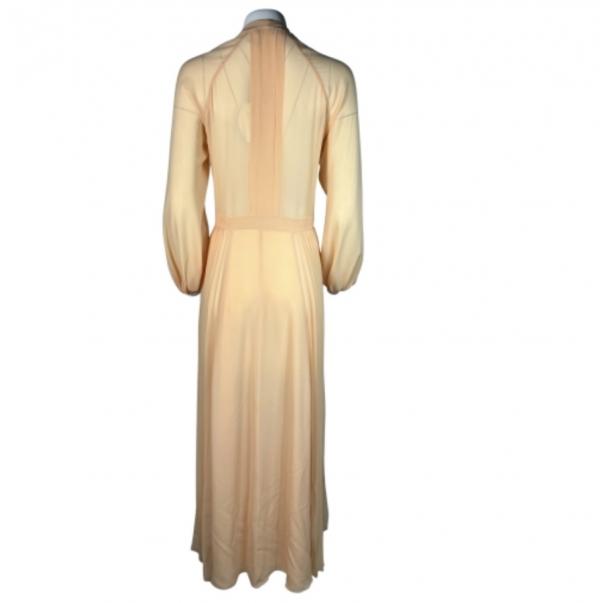 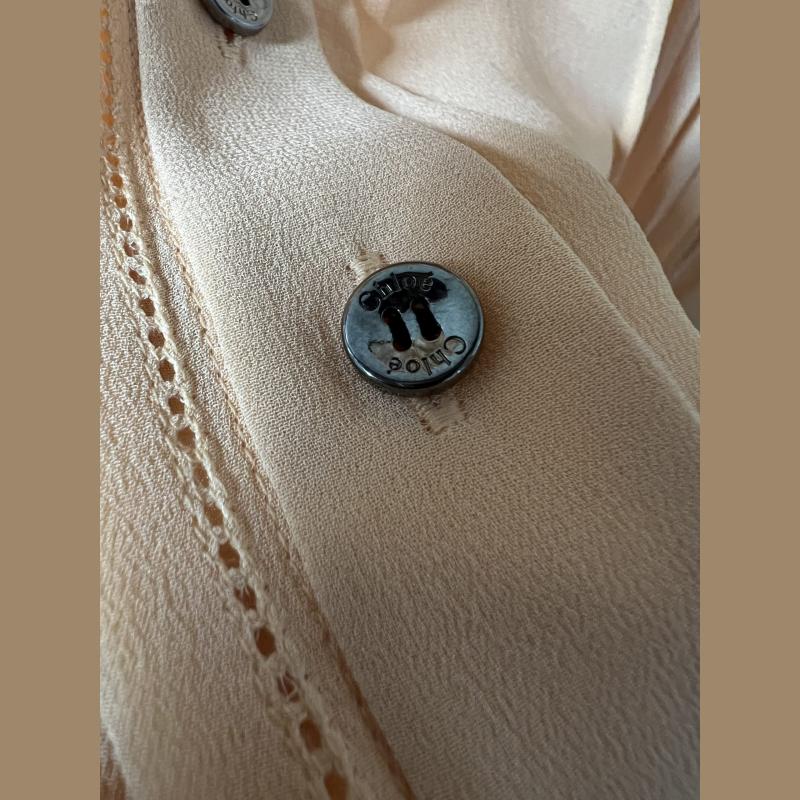 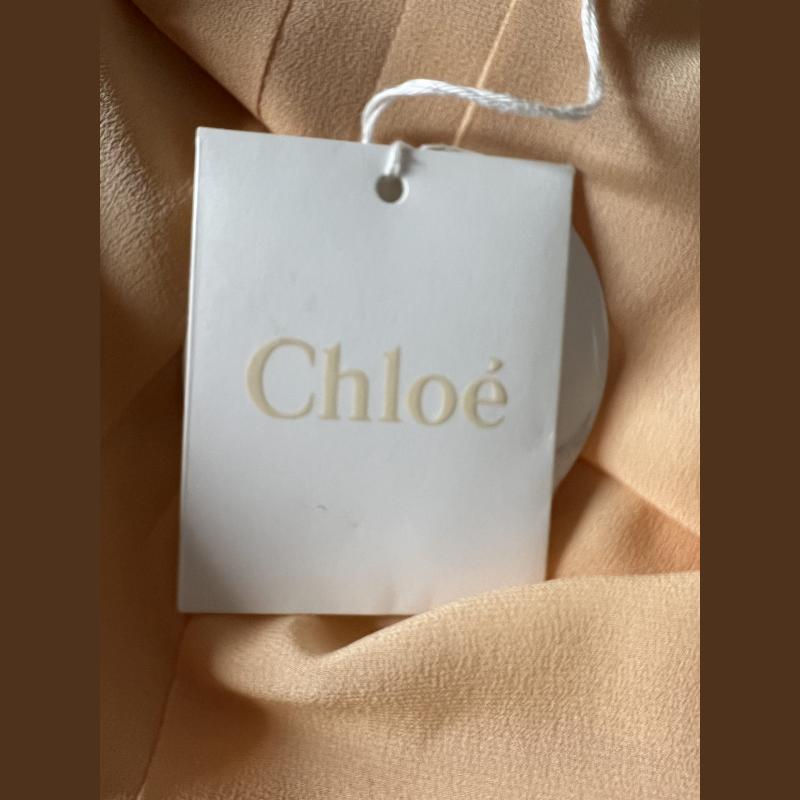 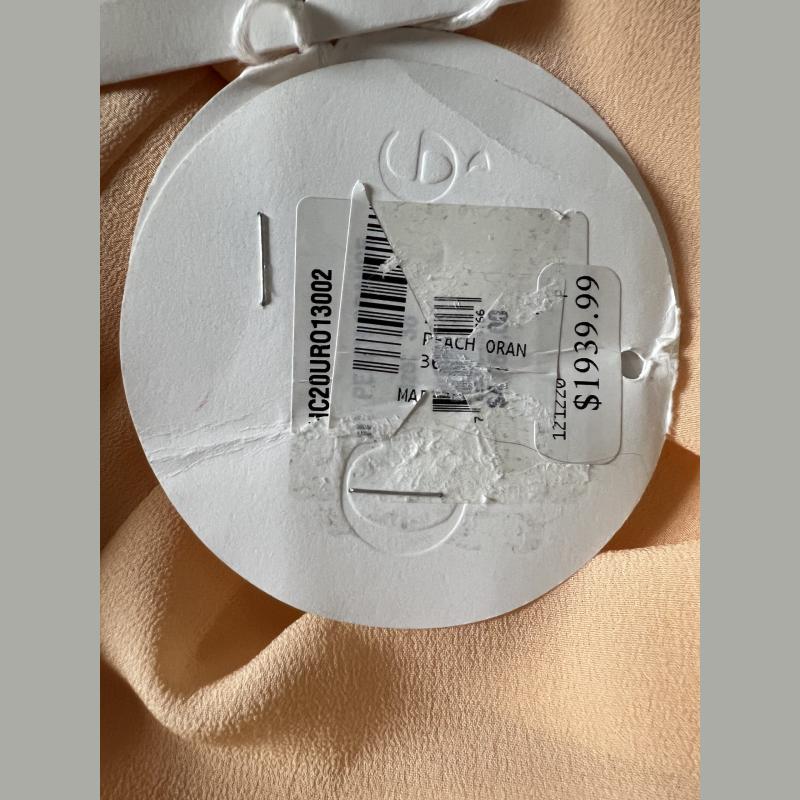 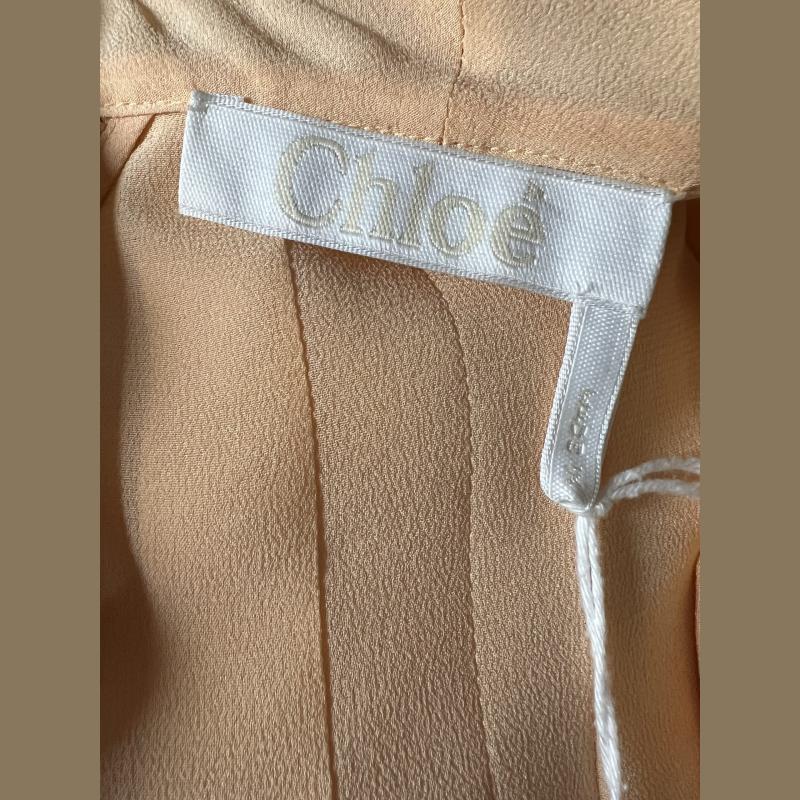 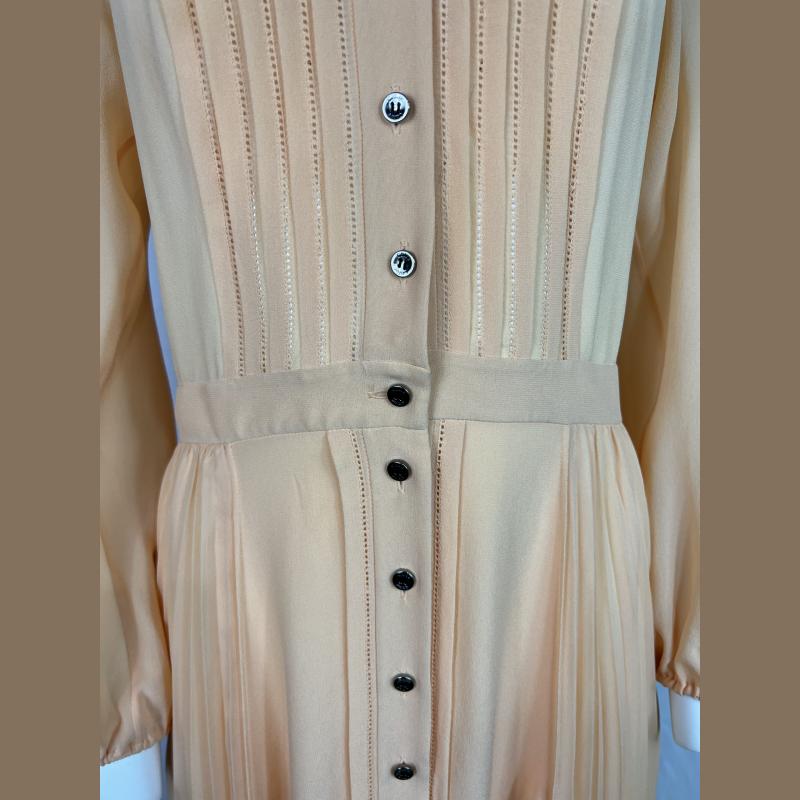 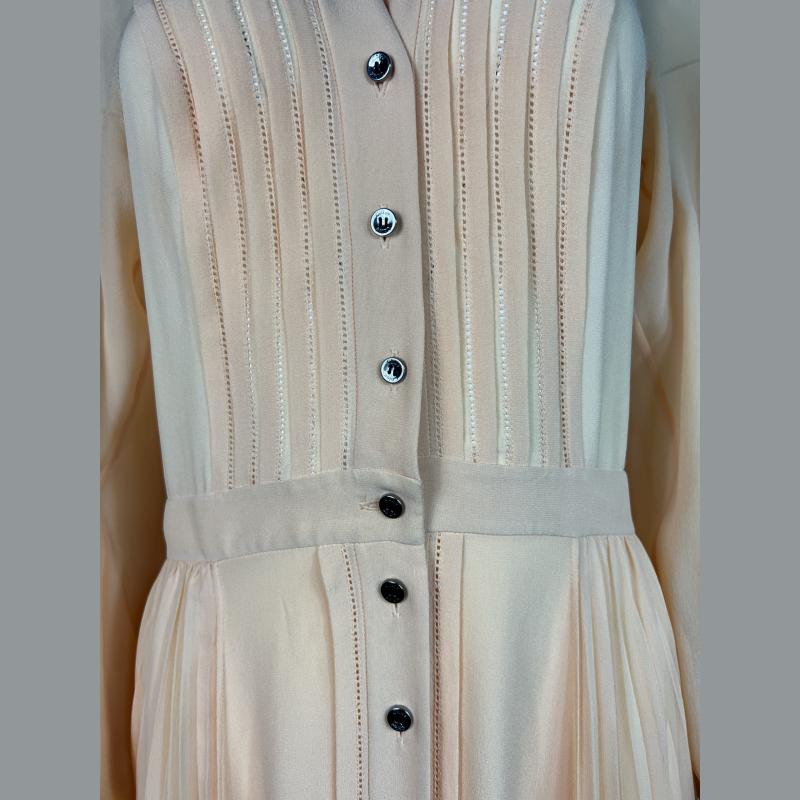 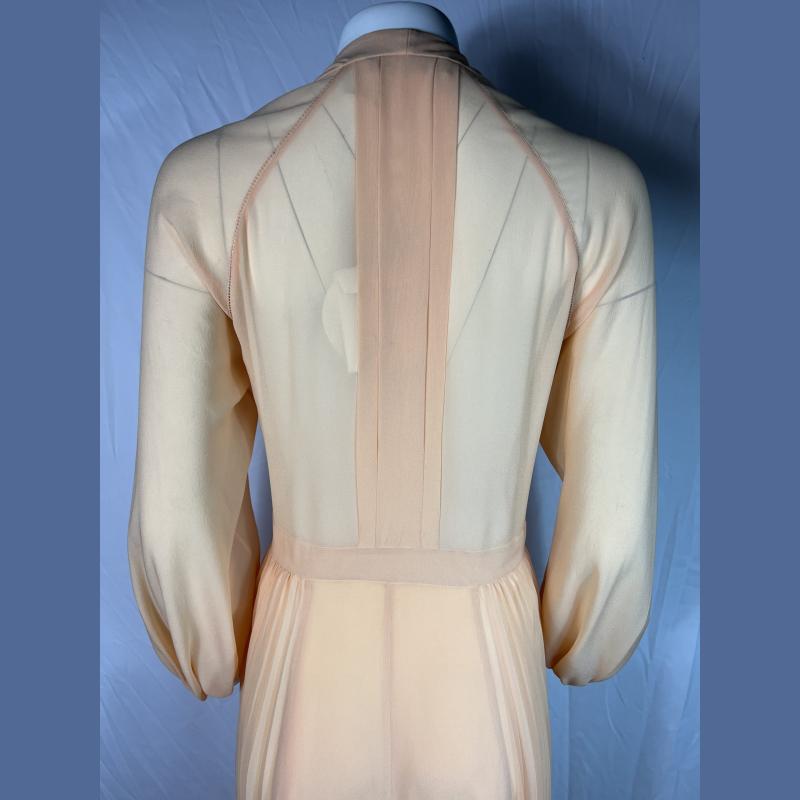 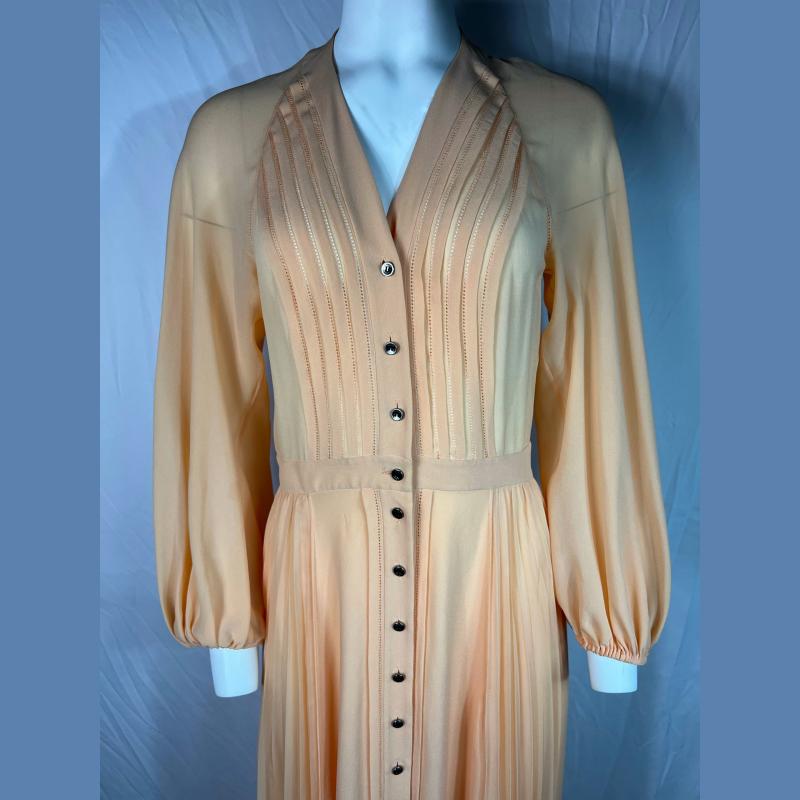 ​This dress fluidly flows alongside you body like a silky waterfall. The  opulent drapes remind us of an ancient goddess toga. The waist line detail provides a perfect fit.

​A puffy balloon sleeve with an elasticized cuff creates a nice volume to the silhouette. The sleeve shape adds to the dress a truly luxury and romantic twist at the same time.

​Among all the amazing details of this Chloe dress, this is the tender peach color that makes this beautiful piece absolutely irresistible.

Get notified when we have similar pieces to Chloe Silk Maxi Dress Size 36, Peach Pleated

The French fashion house Chloé was the first one back in 1950s who offered ready-to-wear fashion to the mass audience. Gaby Aghion, the founder, named the brand after her friend who’s busy lifestyle of a socialite didn’t allow to spend too much time at a tailor’s shop. Chloe fashion concept, based on a capsule collection that can be worn off the rack, was revolutionary.

​In the mid-60s Karl Lagerfeld became a designer of the House and he ran it until 1985.

​The Chloe woman is strong and confident in her femininity enough to put on menswear pieces, such as tuxedos and suits. This image was reinvented with a twist of youthfulness and sass when Stella McCartney was appointed as a head of Chloe’s creative team. She added a romantic  spirit of freedom to the House character and the audience of Chloe changed following the fresh trend.

​In the beginning of 2000s Chloe started to produce a line of leather goods that lead to Paddington — a famous bag that was sold out right after the premier without even making it to the stores. The boho style by Chloe was so widely popular that The New York Times called the House the “Chanel of her generation.”