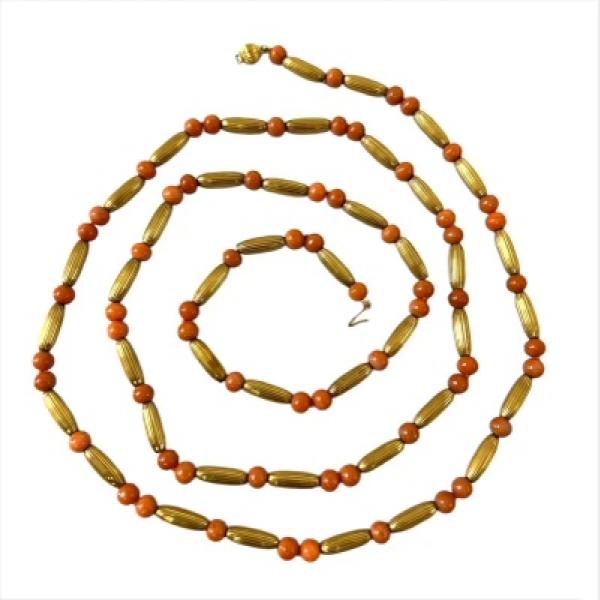 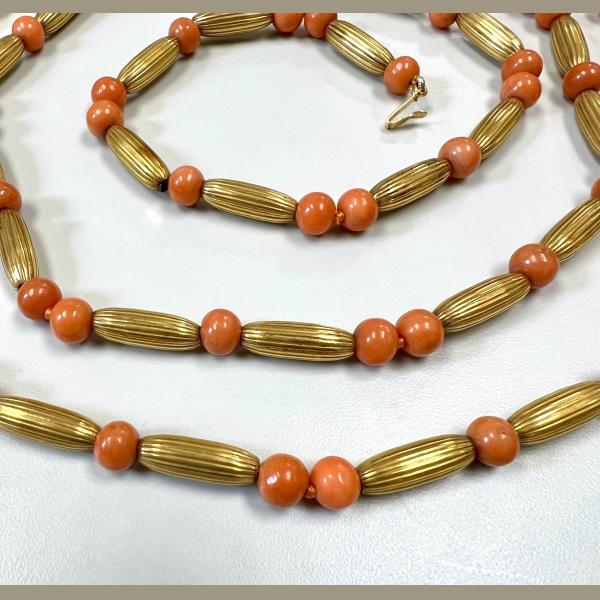 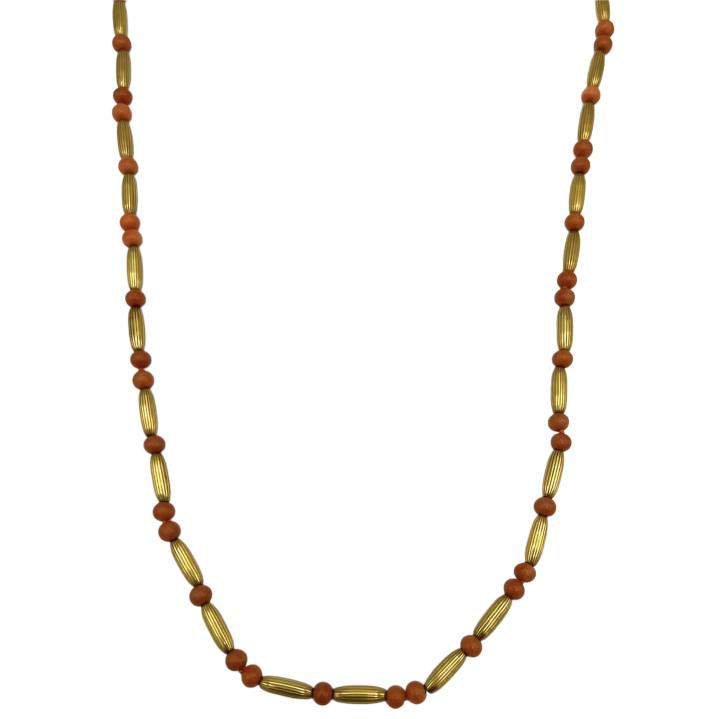 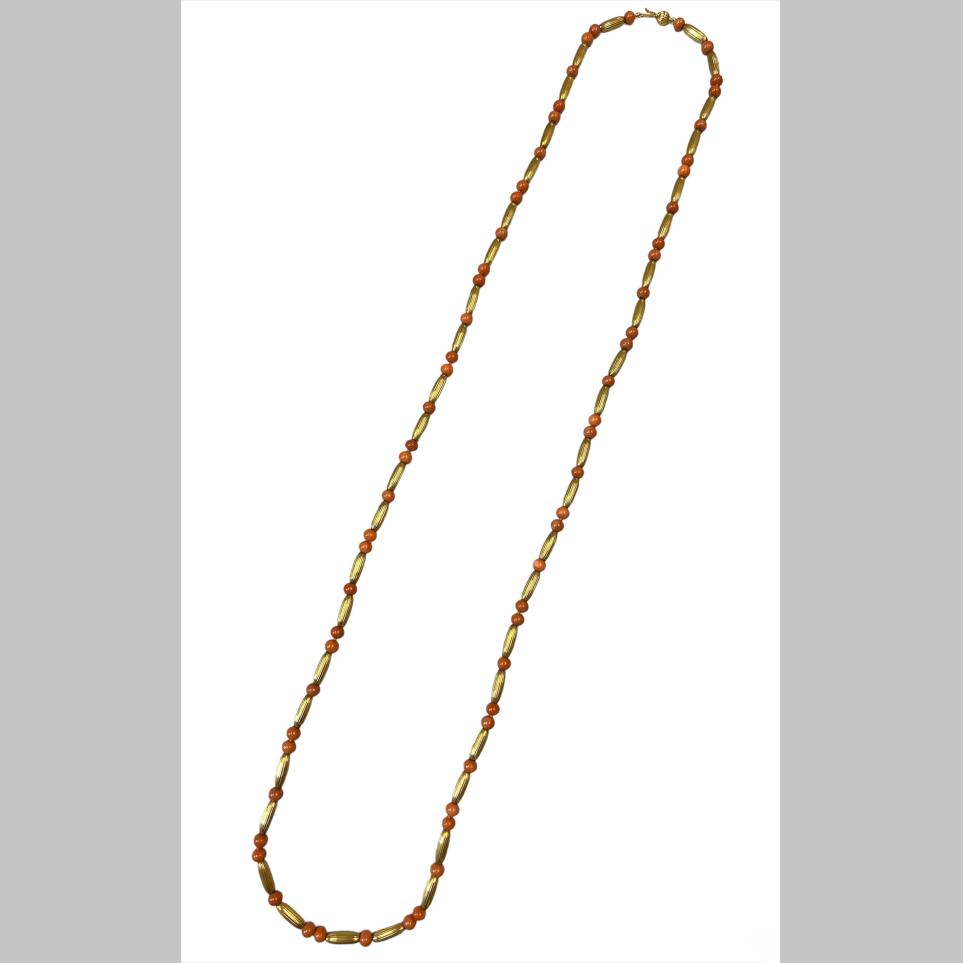 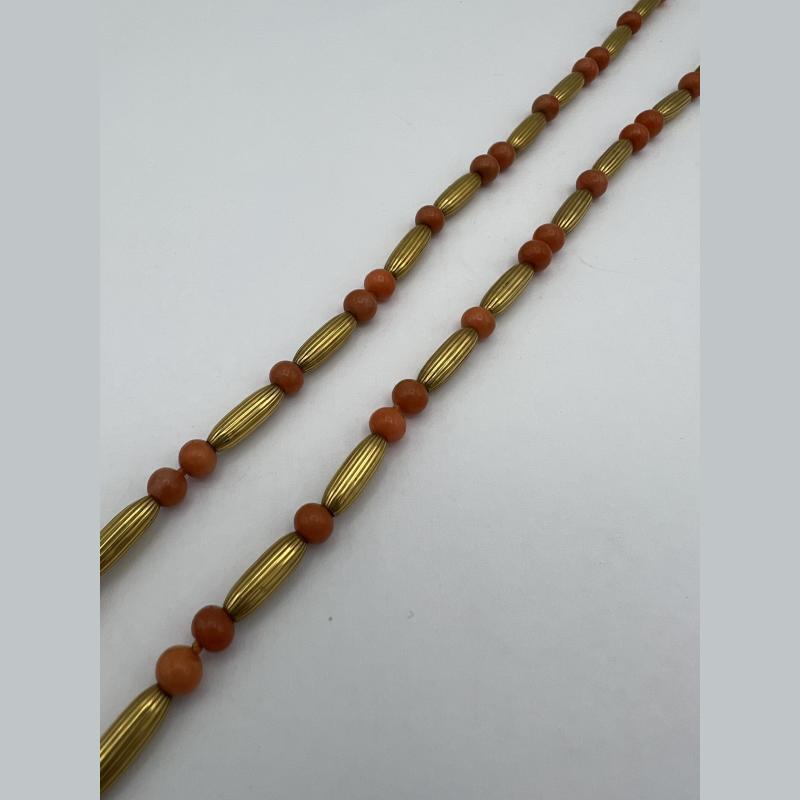 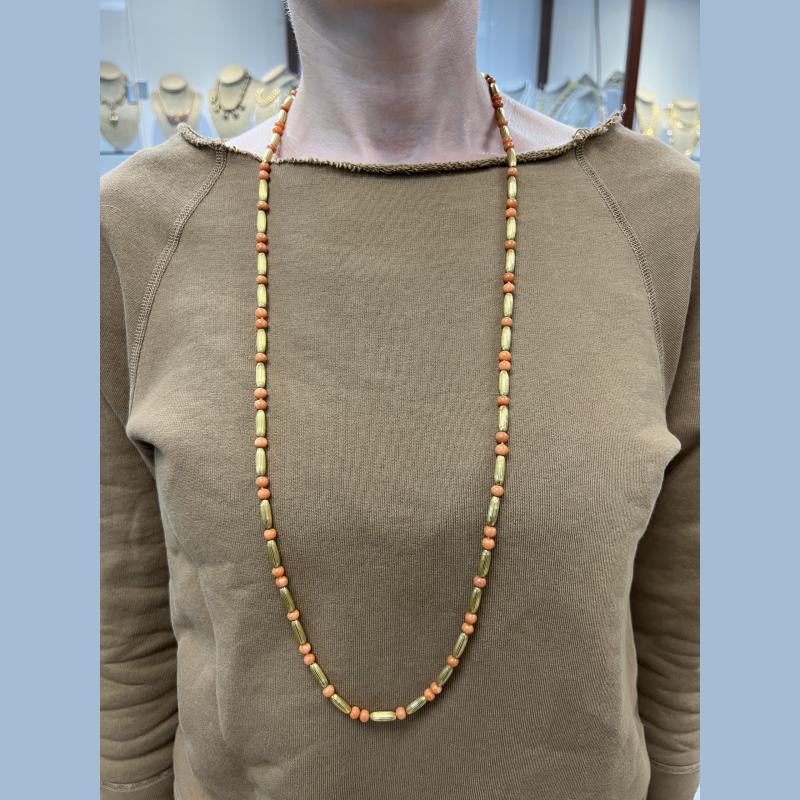 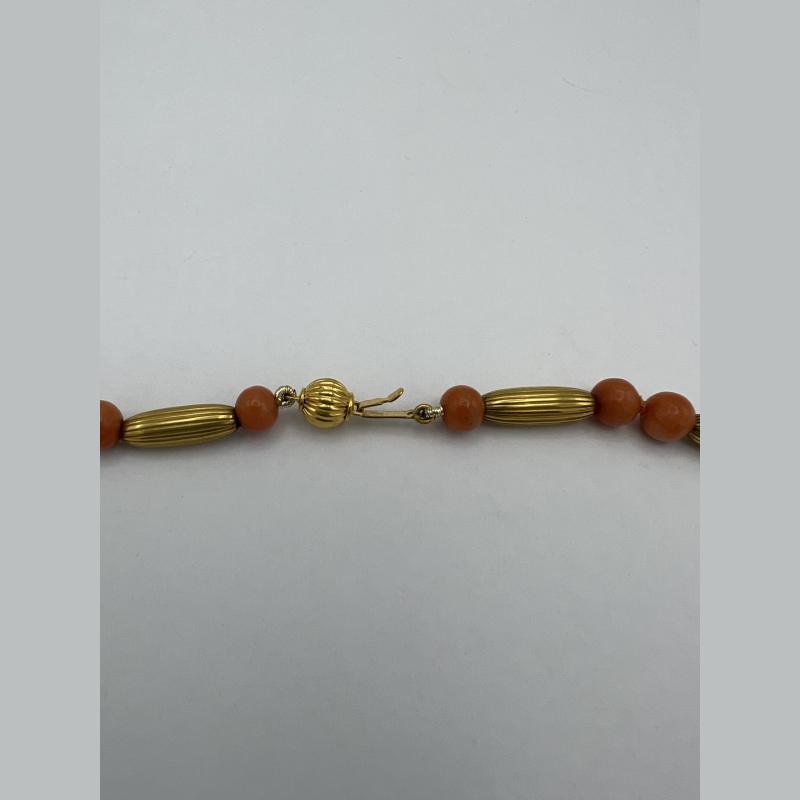 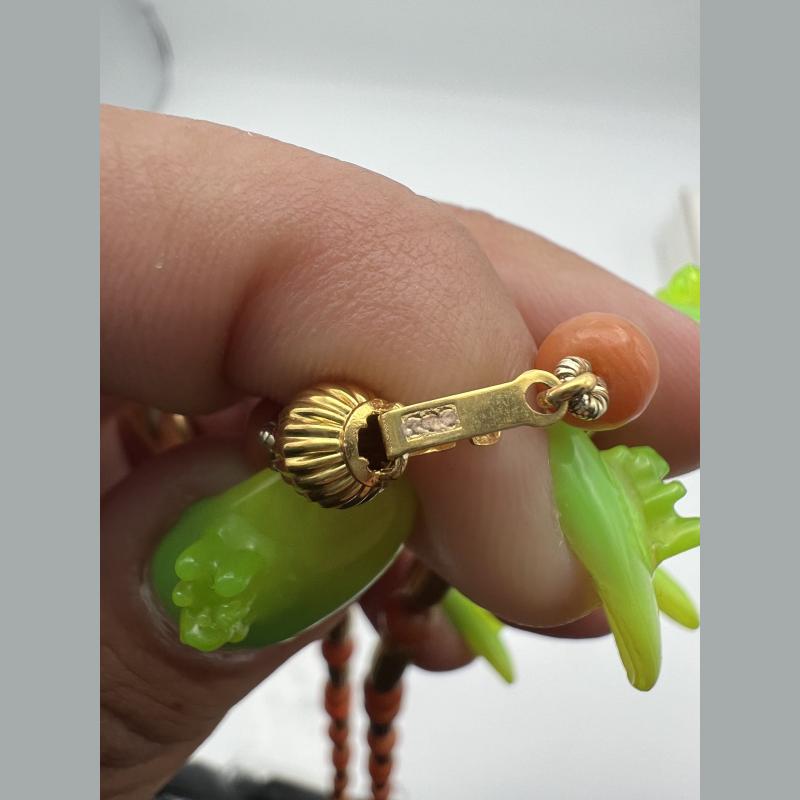 The coral has a tender salmon pink color that matches well with the delicate gold hue.

This necklace has a perfect length allowing to be worn as a double wrap or a single string as well.

Works great either being effortlessly thrown with a white shirt or stylishly paired with a little black dress.

Get notified when we have similar pieces to Coral necklace 14k gold, circa 1970s

In different cultures wearing coral has different meaning. In Slavic countries coral beads were a part of the national costumes. The ancient Romans believed coral protected their kids from danger. Same in Italy, where in the beginning of 20thcentury coral jewelry was believed to be an anti-evil eye protection. ​
​Today coral is worn as a chic accessory with meaning and admired for its exceptional natural beauty. The silky texture and a variety of colors attract jewelry lovers all over the world.

Once considered as a plant, coral acquired the nickname “garden of the sea”. In fact, coral is a brunch forming microscopic species called the coral polyp. It grows in the ocean and forms massive colonies.

Coral value is based on size, cut, color and polish. Generally, there is red coral, light and deep pink coral and orange coral. Other colors such as brown, gold and even blue are more exotic. They are shown in conchiolin corals that grow not as branches but as concentric circles.

Mediterranean red coral is the most valuable due to its deep red color. It is harvested as deep as 200 meters in the sea. If you are looking for a classic Italian Cornicello color  then Mediterranean is your choice.

Pink coral is dense and covers the whole spectrum of hues, from close-to- white, pale pink to salmon red. It is mostly found near Japan. Due to its glassy, hard texture, pink coral is great for engraving.

Be the first to review “Coral necklace 14k gold, circa 1970s” Cancel reply