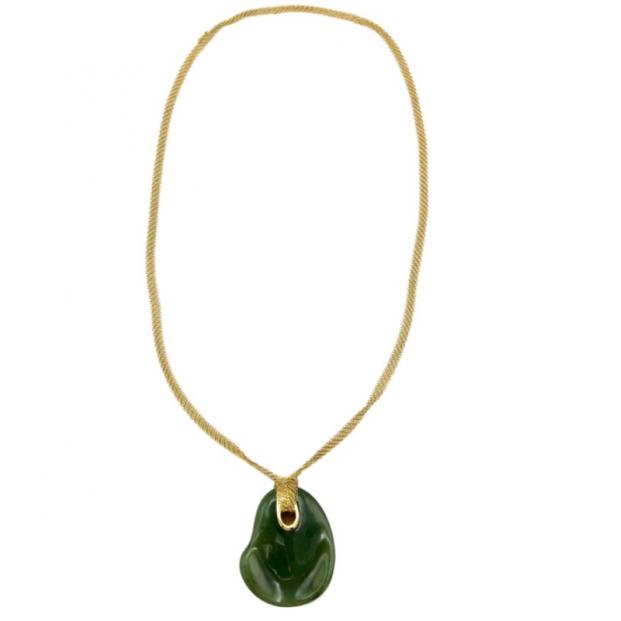 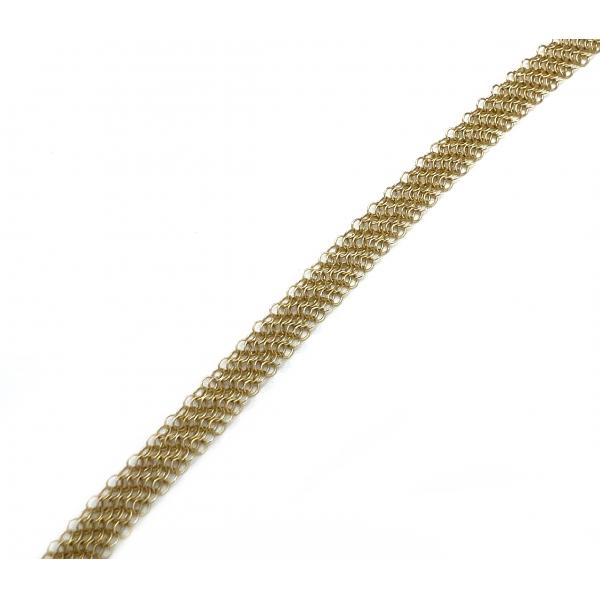 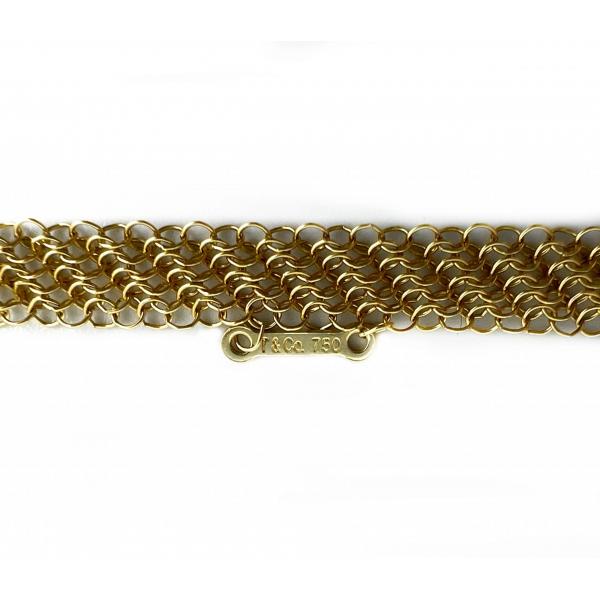 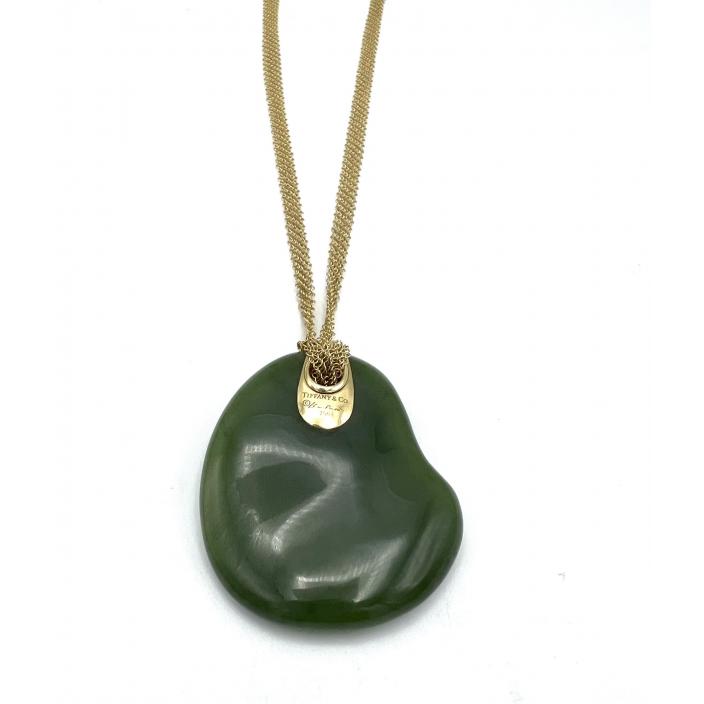 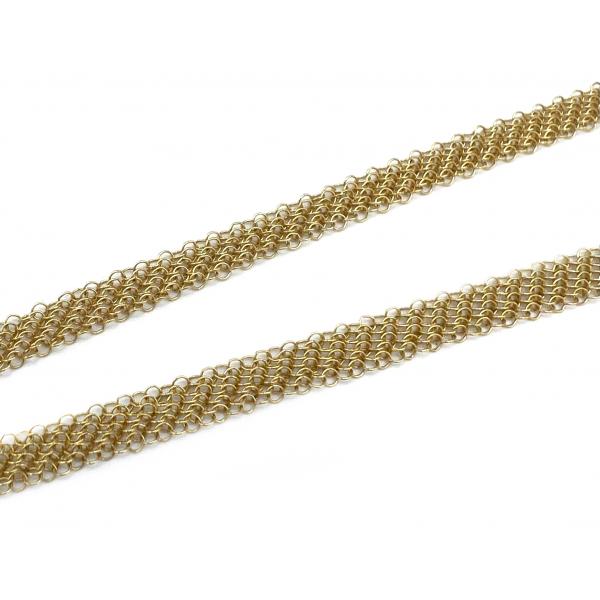 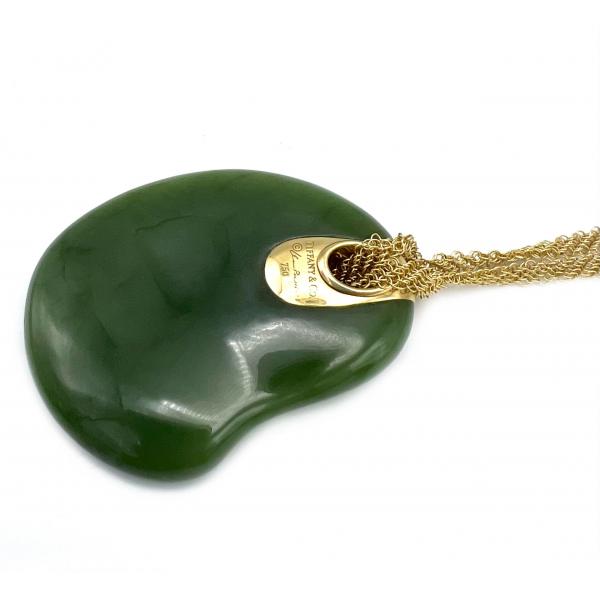 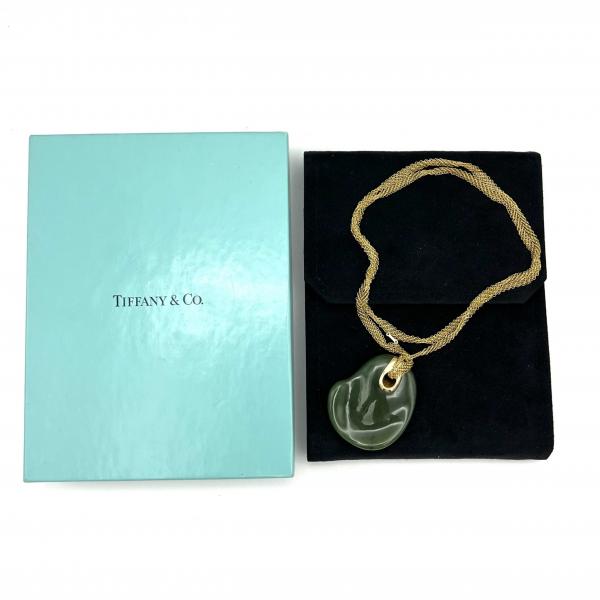 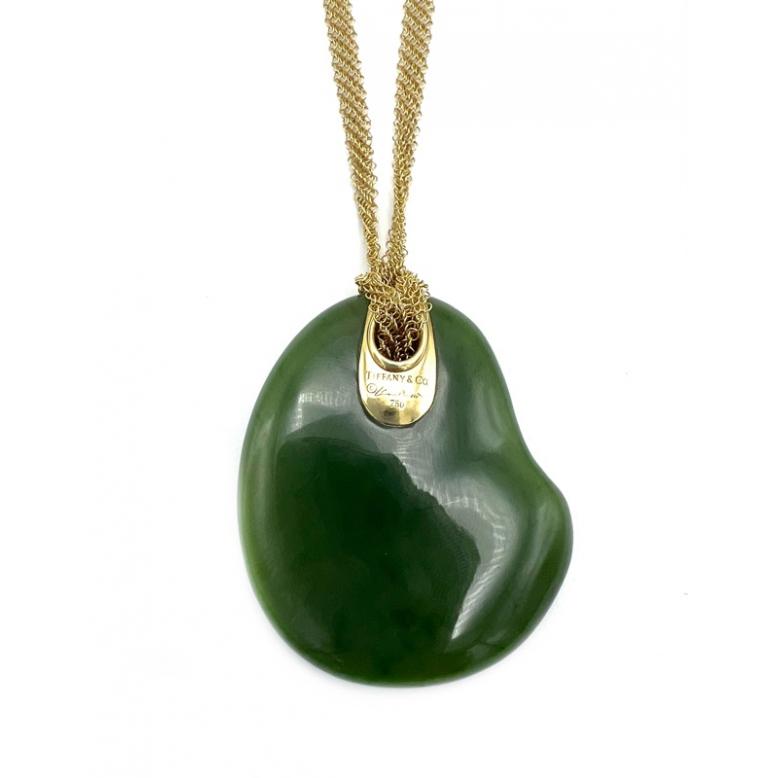 This Tiffany & Co. Elsa Peretti Mesh necklace with a green jade pendant is a rare find.

​The Touchstone pendant is designed as a nephrite jade plaque. Once you see it, you want to touch it to experience its silky smooth and nicely curved surface. It was initially designed to be used for meditation and yoga practice.

​The Peretti pendant has fluid, pure lines making it look like a sculpture. It is thought as Peretti’s homage to Jean Arp, a German-French abstract sculptor.

​The pierced bale is wrapped in 18k gold and can be worn as a slide pendant with a suitable chain.

​Elsa Peretti started her glorious path in 1969, after creating a successful design for a perfume bottle. Five years later she singed a contract with Tiffany & Co. as a jewelry designer. Their collaboration, that is still widely populr, was taking place until 2010s.

​​Elsa Peretti style called biomorphic as they were inspired by such natural shapes as pebbles and bones. She was captivated by simplicity and once famously descried her process as “Take away, take away.”

​The Mesh collection is one of Peretti’s most popular creations. It has its place among The Bone Cuff​ .

​Mesh collection Peretti was introduced to the public in 1975 as the gold scarves collection. Later on, in 2000s Tiffany & Co. launched a limited-edition Mesh capsule collection. The fabric like looking gold collars are wearable in many ways and are as timeless as they are versatile.