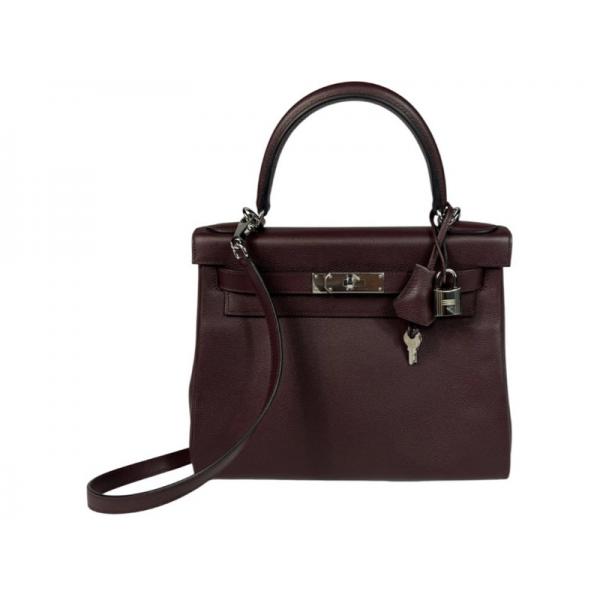 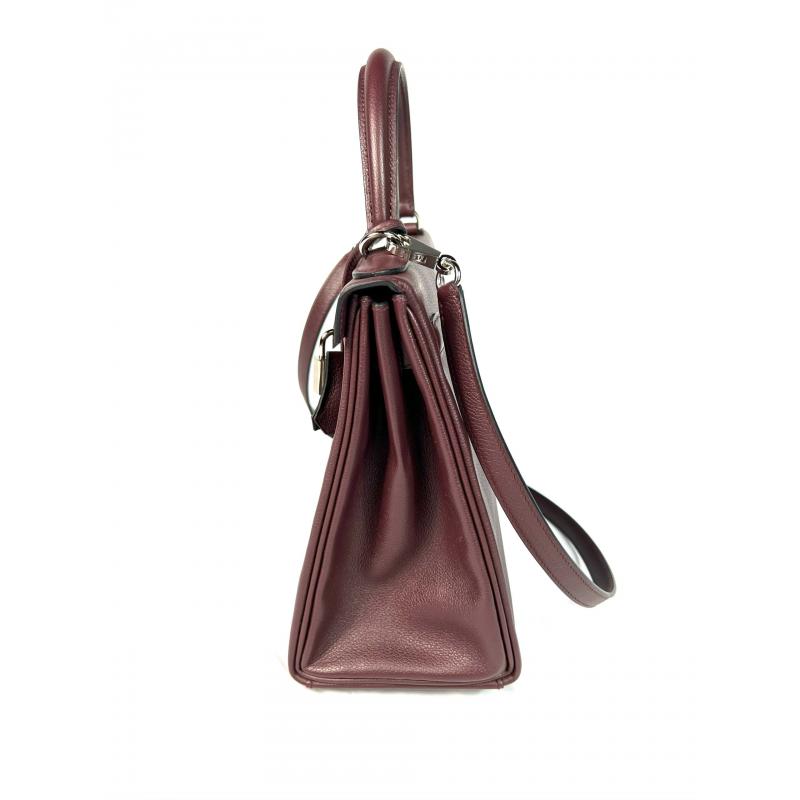 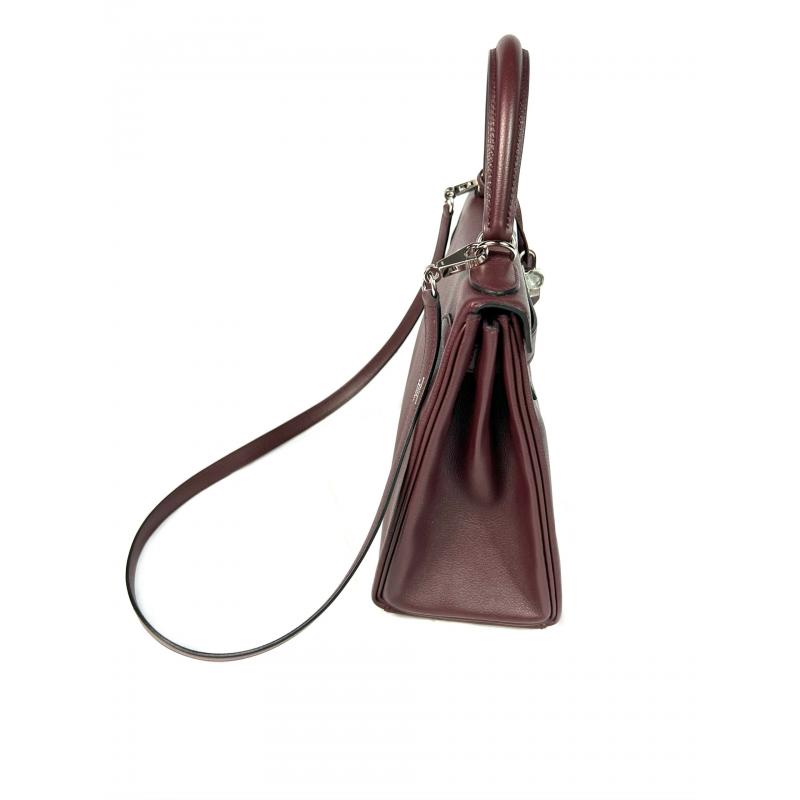 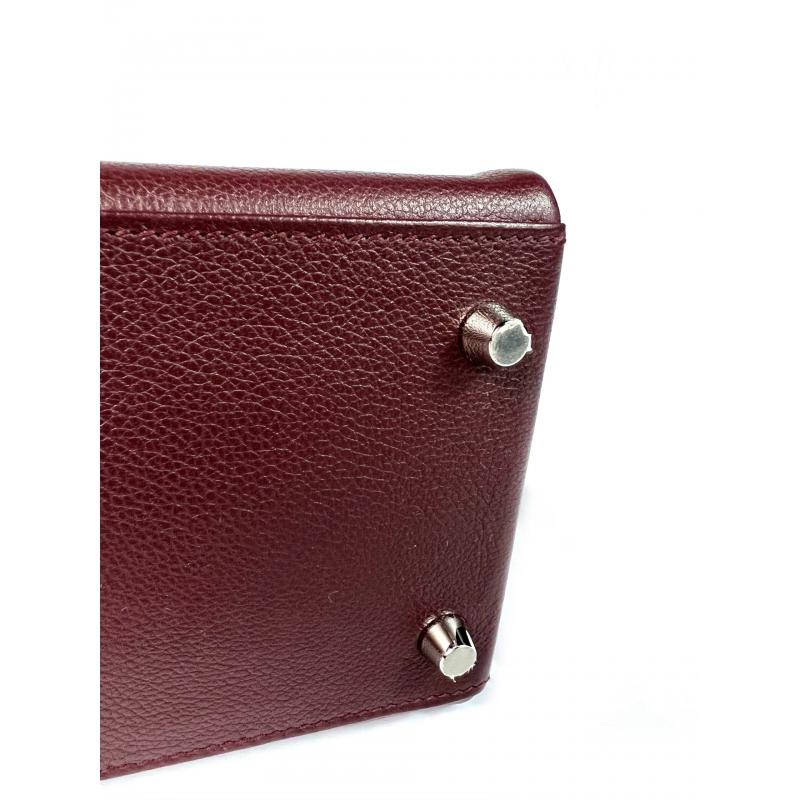 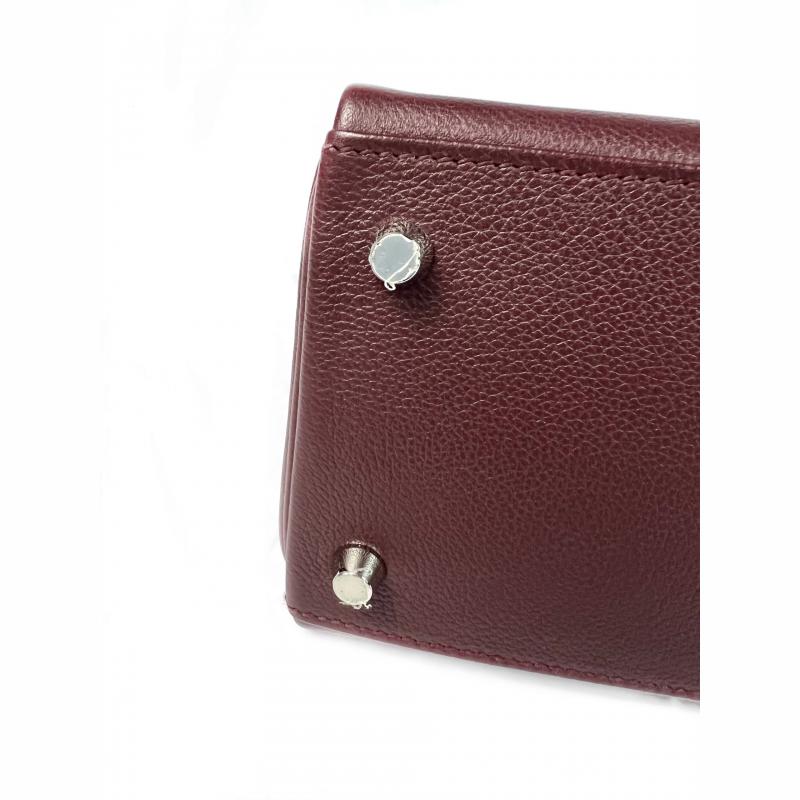 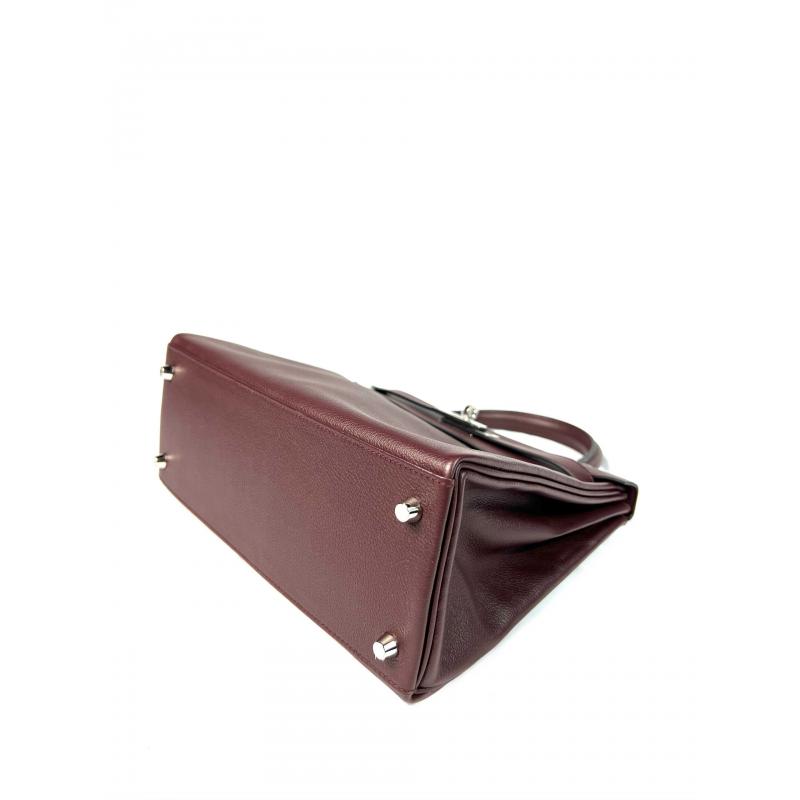 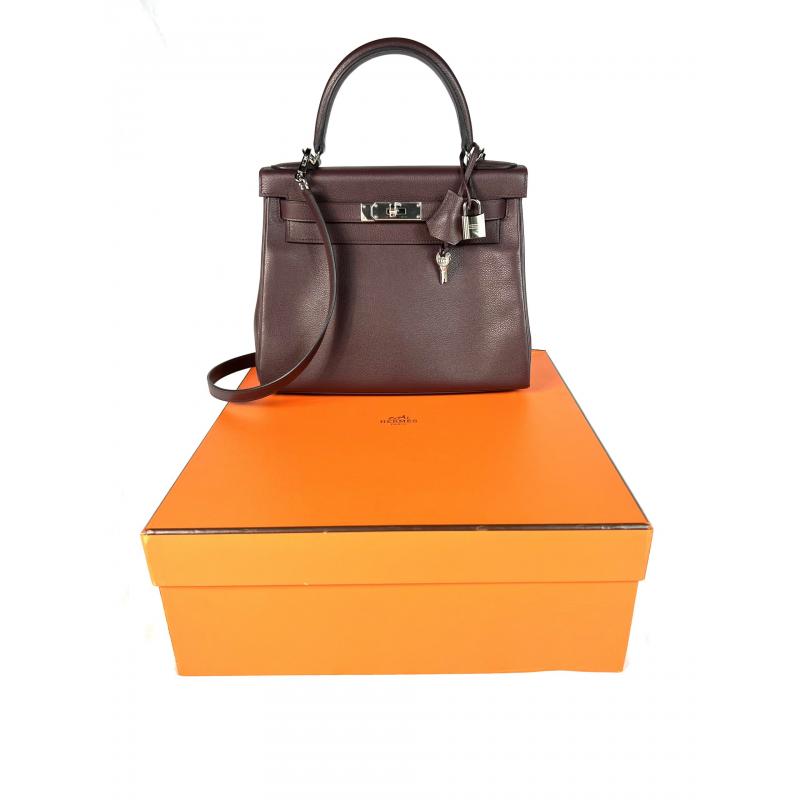 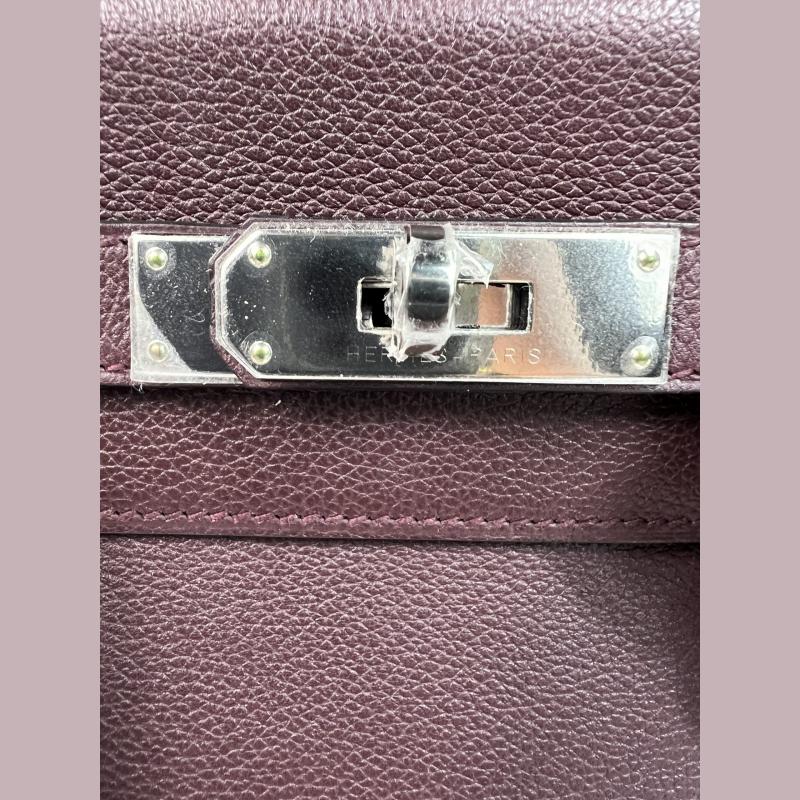 ​A Hermes Kelly bag, Retourne style in Rouge H color, size 28, in Togo leather. One of the most desirable and wearable bags by Hermès.

​The Retourne, which means “reversed”, are made by turning the bag inside out while stitching. That’s why the stitches are not visible, just like the Hermes Birkin. This technic makes the corners of the bag look rounder and provides less formal, relaxed feel.

​The bag is made of Togo leather that is flexible yet shape retaining. This calfskin leather was first introduced by Hermes in 1997. Togo is one of the most scratch resistant among other Hermes leathers. The texture is smooth, with the raised grain that is appreciated by many Kelly’s bag fans.

​The Rouge H color was originated by Hermès specifically for leather in 1925. It’s a classy, refined dark red with a brown tone leaning towards burgundy. Later on Hermes applied the Rouge H color to the famous Rouge lipstick collection.

​Each of the Kelly bags are made by a single Hermès craftsman. The making process can take up to 18 hours.

​The Kelly bag was designed in 1932 as a travel bag and called Sac à Dépêches. Today this bag is a well-known symbol of a timeless class and glamour.

​The name “Kelly” was informally given to the style after Grace Kelly famous appearance with the bag being used to cover her baby bump. In 1977 Hermes officially branded Sac à Dépêches as the Kelly bag.​

​In the fashion world Hermès is an outpost of history, traditions and a perfect taste.

​In 1929 Hermes clothing emerged as a new project of the leather goods maker. Within two centuries Hermès brand established itself as the most reputable in the fashion industry. The Hermès bags status is no less then iconic. Rare Hermes scarves are collectable similar to art pieces.

​To complement Hermès customers’ look, the brand introduced the first jewelry line in the mid-1950s. But the very first Hermes jewelry piece was the Filet de selle bracelet. It represented the equestrian roots of the glories brand heritage. Later on, in 1976 famous Hermes enamel bracelets were introduced to the public. Until today they feature scarf prints.

​Vintage Hermes pieces retain its value over the time and are a subject to pursue among the experts. At Nadine Krakov Collection we’ve got you covered with a number of Hermes items .