From The Nadine Krakov Collection in Beverly Hills

Victorian jewelry, which was created during the reign of Queen Victoria from 1837 to 1901, is some of the most sought-after period jewelry we procure and sell. Comprising three distinct time periods – the Romantic period, the Grand period, and the Aesthetic period – our Beverly Hills estate jewelry store gives you unique access to Victorian jewelry pieces once worn and collected by Hollywood’s most elite members. 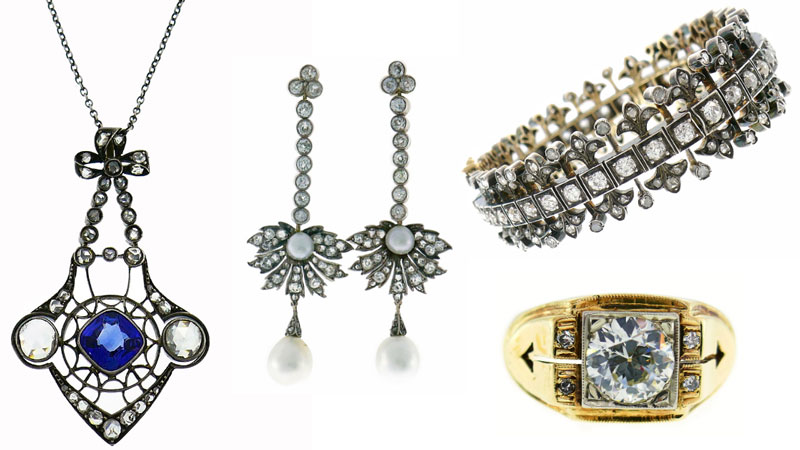 Queen Victoria had a long reign over the British Empire, and during that time, she influenced the fashion and style of jewelry. Like modern times, jewelry worn during the Victorian time period helped identify a person’s social status and identity. The style of Victorian jewelry changed during three distinct time periods of Queen Victoria’s reign. At our Beverly Hills period jewelry store, you can find unique, one-of-a-kind pieces from the following three eras of the Victorian time period: 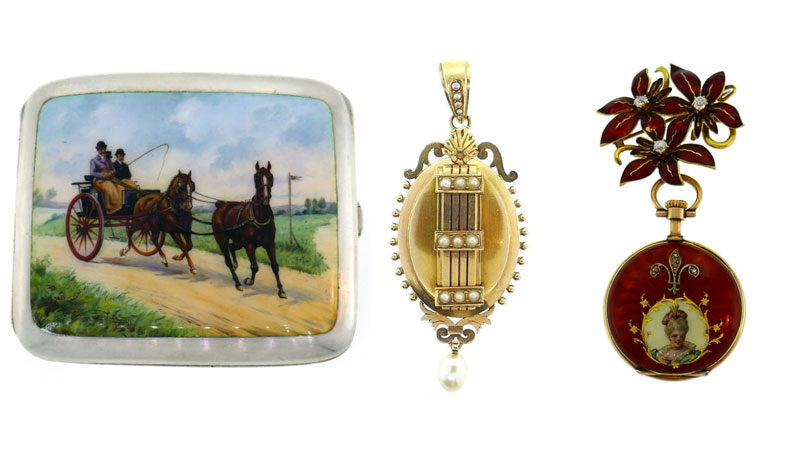 Sometimes called the early Victorian period, the Romantic time period was heavily influenced by the Renaissance, Middle Ages, and the natural world around people at the time. Jewelry from the Romantic period include:

Some of the most common Romantic period pieces that you’ll find in our Beverly Hills estate and period jewelry store include rings, bracelets, brooches, and cameos.

1861 through 1885 is known as the Grand period of Victorian jewelry. This time period saw a drastic change from the delicate jewelry pieces popular during the Romantic period to even bolder jewelry pieces that represented women’s ever-changing roles in society including the ability to attend university, vote, and earn their own incomes.

In our collection of Grand period Victorian jewelry, you’ll find earrings, brooches, bracelets, necklaces, and lockets that include: 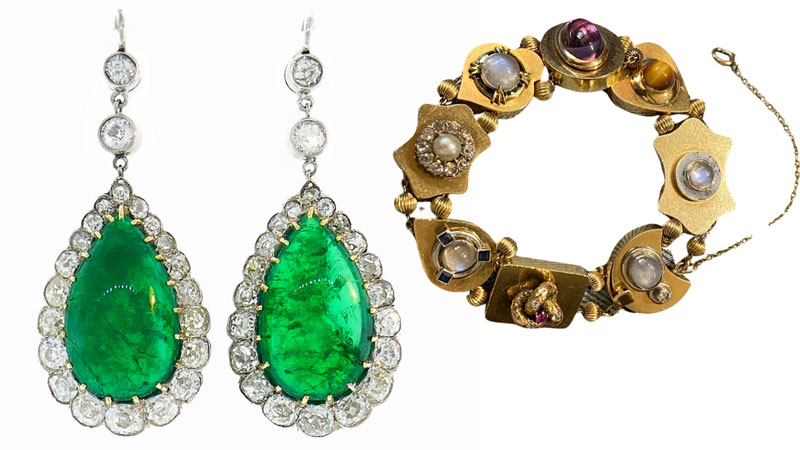 The Grand period began the same year as the death of Queen Victoria’s husband, Prince Albert. Following his death, the Queen entered a mourning period, which launched mourning jewelry. These pieces were worn by women grieving the death of their husbands or infants, as England had a high infant mortality rate during the Grand period.

When women were grieving, they wore mourning jewelry made of jet for at least a year to keep their social status intact and represent their husbands. This mourning jewelry was often personalized to memorialize the loved one lost, such as by engraving the deceased’s initials or day of death on the piece.

Finding authentic mourning jewelry is extremely difficult, but our Beverly Hills period jewelry store is one of the only places where you can find these rare collections to treasure for yourself.

We also have pieces from the Aesthetic period, which is the final period of Victorian jewelry and was popular from 1885 through 1901.

The Aesthetic period saw women participating in politics and expressing their freedom of thought. They also often desired to look less feminine than in times past. For this reason, women wore fewer pieces of jewelry on a day-to-day basis, and instead reserved it for the most special of occasions. 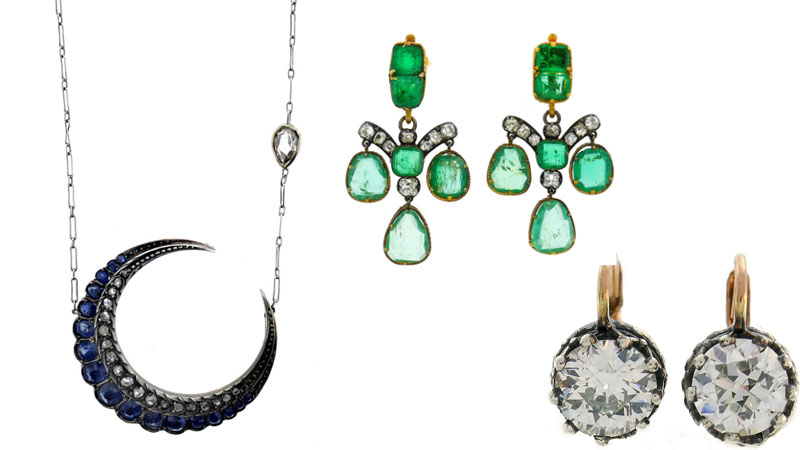 During the Aesthetic period, the use of bracelets almost entirely disappeared. Instead, women of these times preferred to wear small, simple brooches and earrings with:

With unique access to the jewelry collections of Hollywood A-listers, our Victorian jewelry is in demand from both Southern California residents as well as people around the country and the world. For this reason, we showcase and sell our Victorian jewelry both in our Beverly Hills estate jewelry store and online. Whichever way you decide to purchase, you can rest assured we offer authentic Victorian jewelry that has stories to tell both from their original owners in Victorian-era England, as well as from their former ownership by Hollywood celebrities of the past and present.