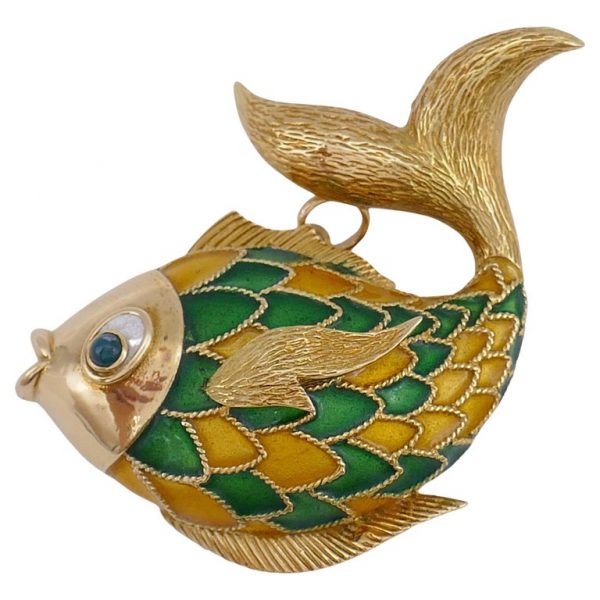 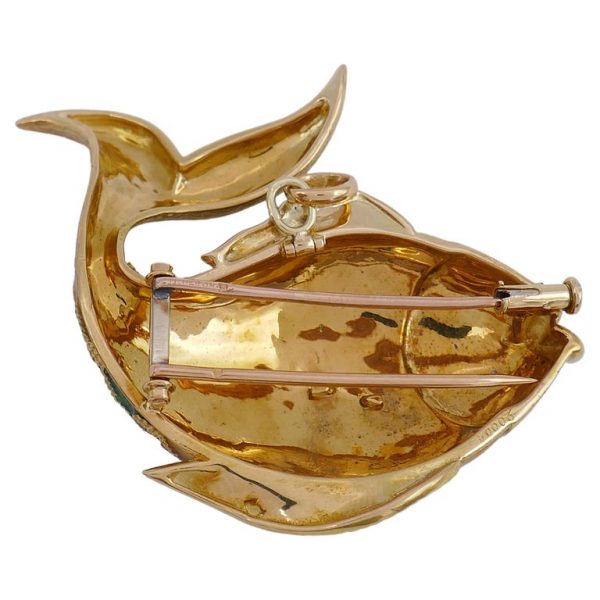 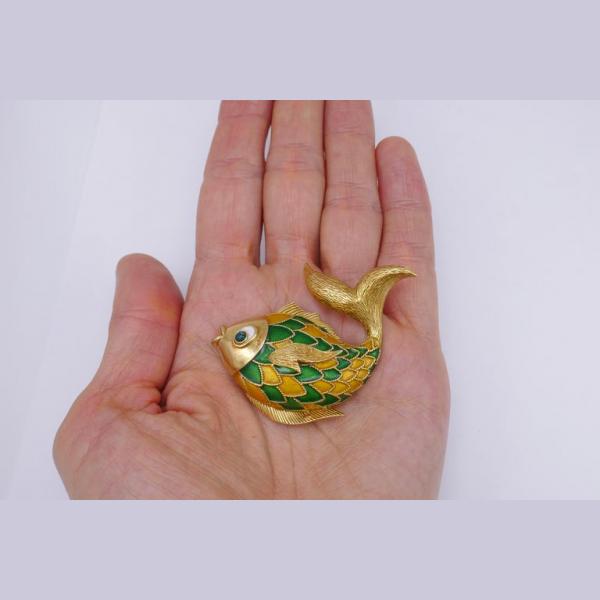 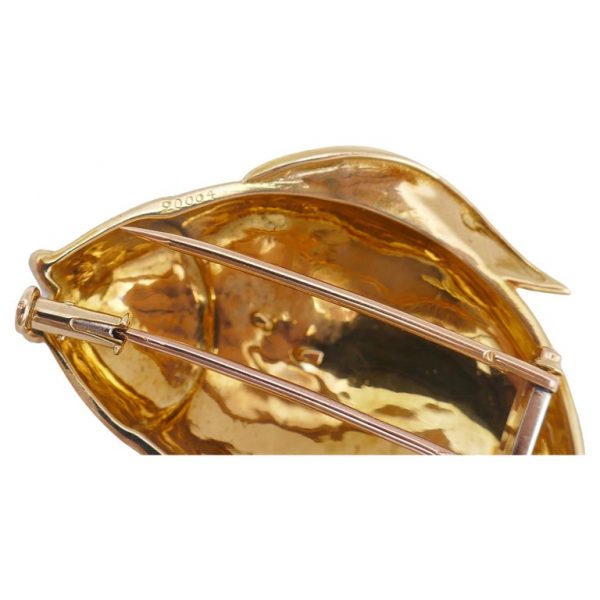 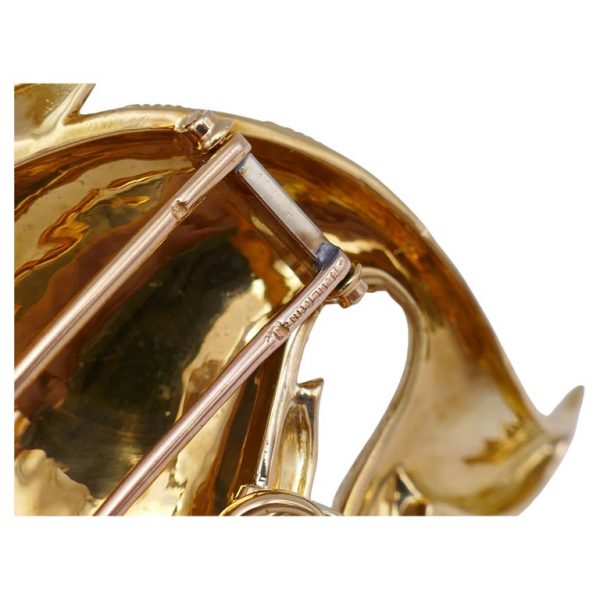 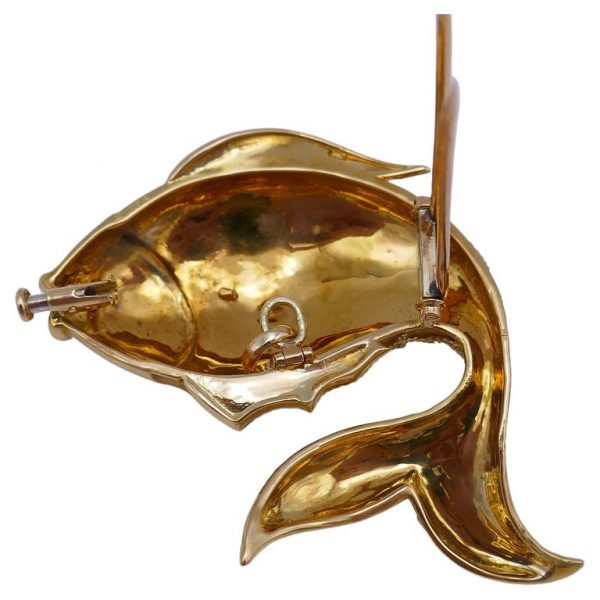 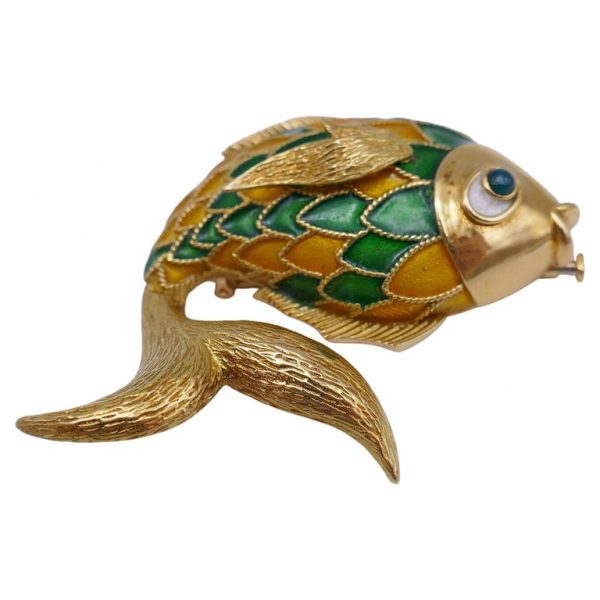 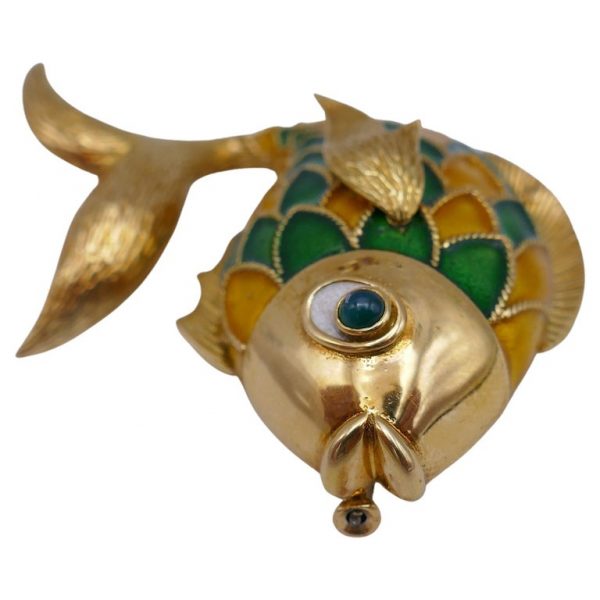 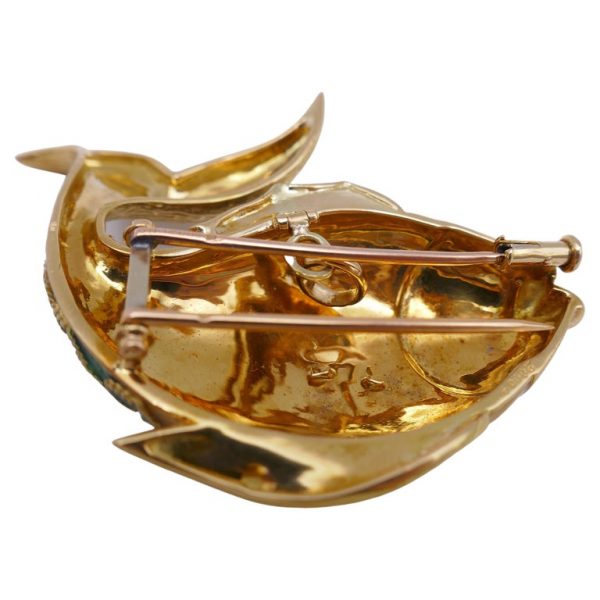 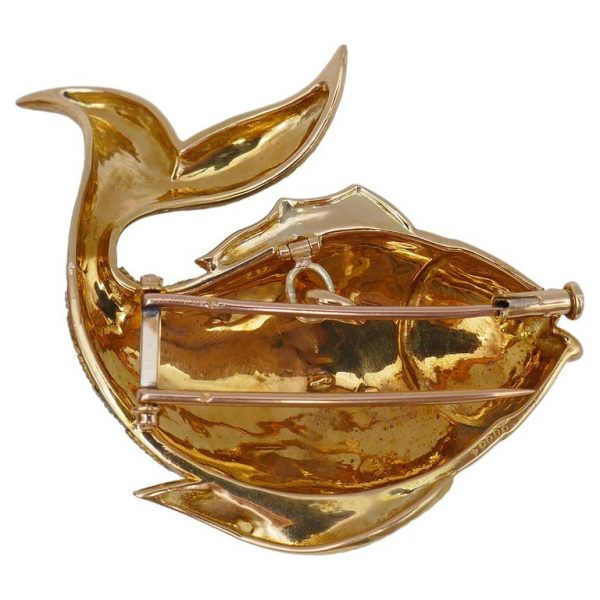 A Boucheron pendant and brooch in one.
Made of 18k gold and enamel, this gorgeous Fish jewelry piece features great details that embrace the character of the item.

The finely braided gold scales accent with colorful yellow and green enamel.
The cabochon emerald eye mounted in gold underlined with white enamel.
The bail has a hinge and can be hidden underneath the pin.

From serving the Royal families all over the world in 19th century to making the sought-after jewelry pieces nowadays, Boucheron house did it all.
Today the brand keeps its leading position in the luxury jewelry strong.

A balanced mixture of traditions and creativity has been making Boucheron jewelry highly desirable throughout the time.
One of the most recent pieces from Goutte de Ciel (Drop of Sky) collection, a white gold and diamond Goutte de Ciel necklace has an exquisite ice-blue pendant made of Aerogel.
It’s a material that was previously only used by NASA. The idea behind the piece was to capture the purity of the sky and translate it into a jewelry piece.

As to vintage Boucheron jewelry, it definitely carries the influence of French Classicism era.
Being raised by the family of drapers, Frédéric Boucheron, the Maison’s founder, brought the pliancy of silk and laces into the goldsmith process.
That concept is easy to see in the airy looking Boucheron Bombé ring or famous Boucheron bird brooches.

At Nadine Krakov Collection we carry both modern and vintage Boucheron pieces that you can shop here.