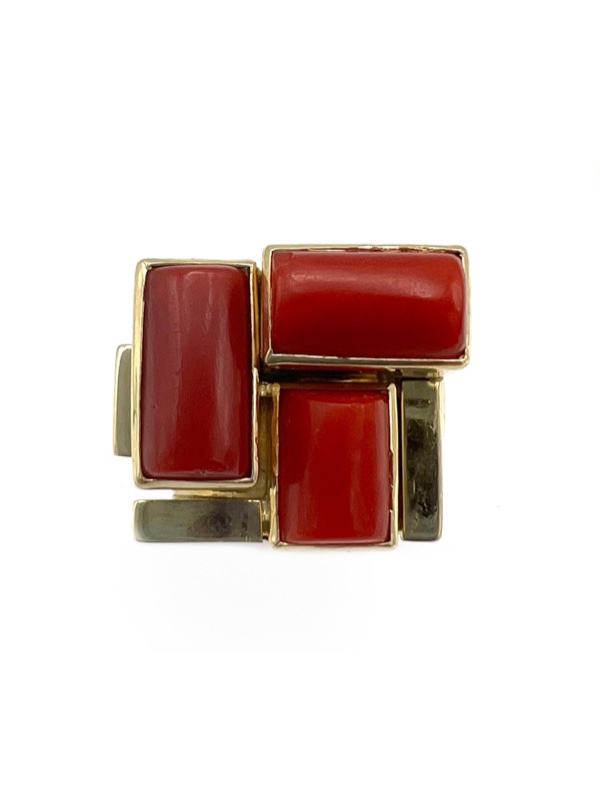 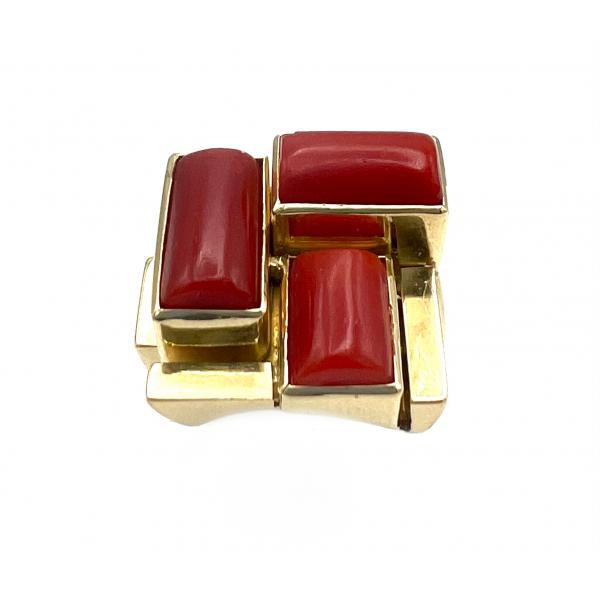 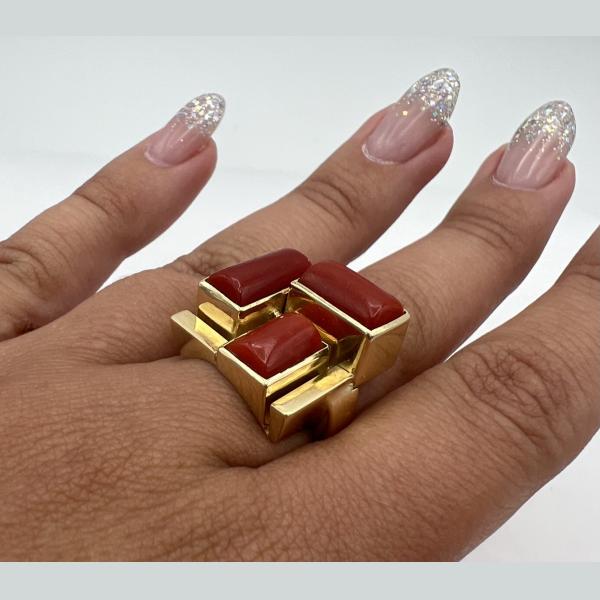 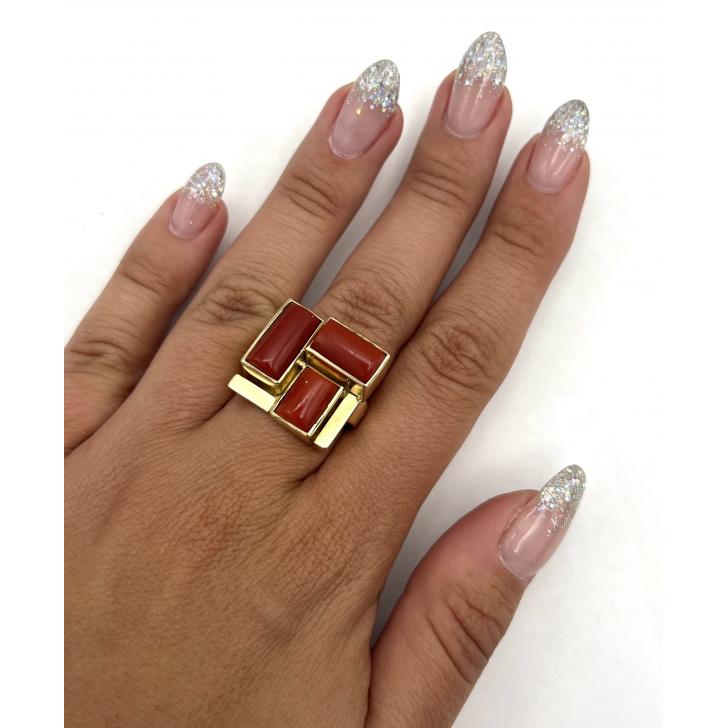 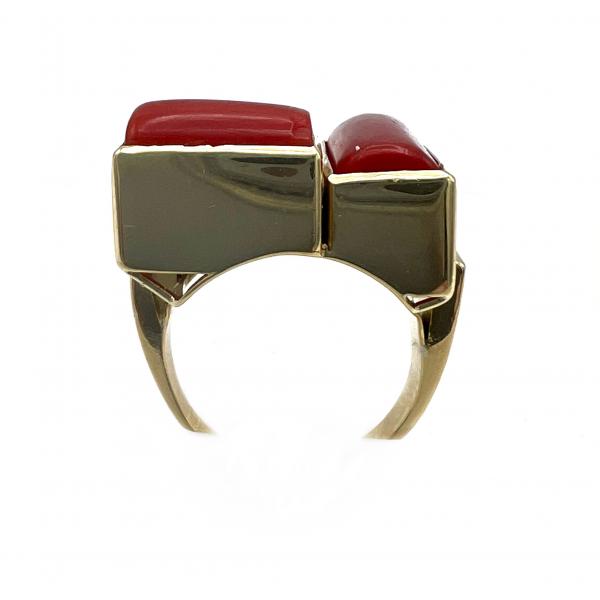 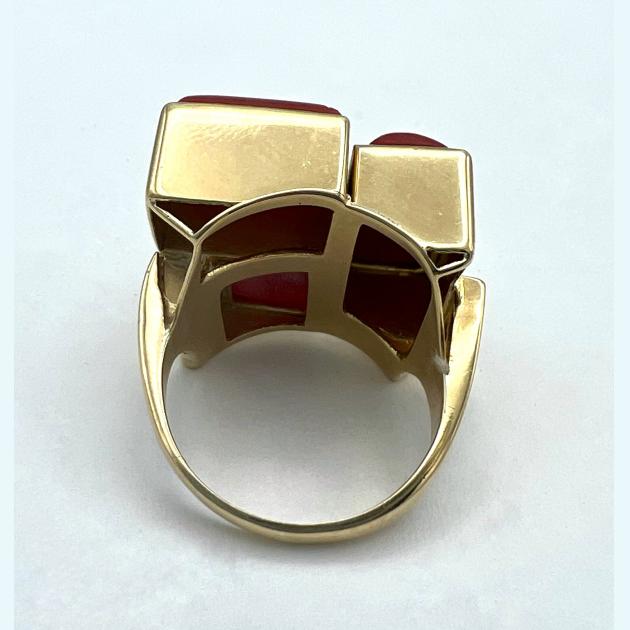 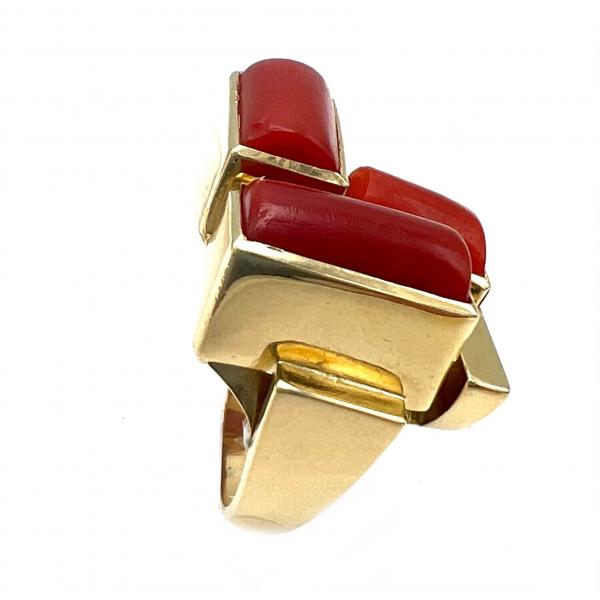 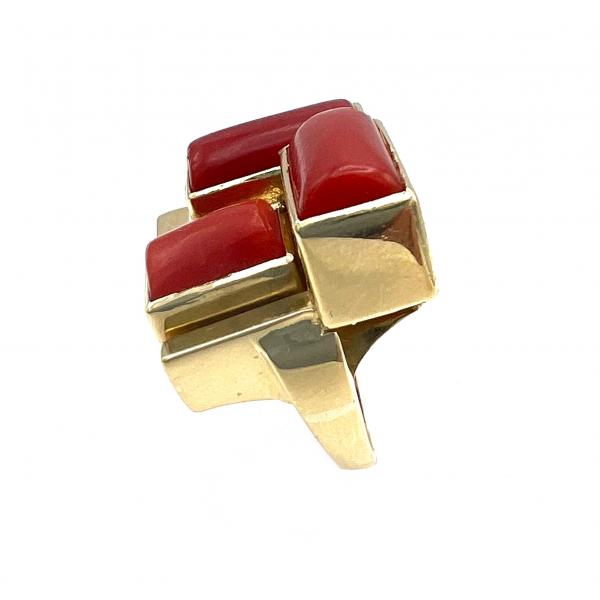 This Mid Century Modern yellow gold and coral ring truly stands out because of its bold sculptural shape and vigorous color.

​Being made in 1960s, this 14k gold ring proudly carries all the style characteristics of the period. It has a great artistic take on the material and shape. Three rectangular cabochon cut corals set in parallel and perpendicular towards each other, creating an intricate convex shape.

​This coral ring is perfect for wearing every day, and at the same time it has an intriguing feel that never gets boring or mediocre.

Mid Century jewelry fully reflected all the crucial changes that was happening in the world after World War II. People were craving changes and new beginnings, and jewelry design were shifting to the bolder shapes, colors and materials.

​Geometric shapes in 1960s almost repeated the Art Deco movement. Circles, rectangles and spirals were embodying in metal, gemstones and new materials such as plastic and even resins. For Mid Century jewelry style it was the time of youth and moving forward. The industry also experienced the Space Age influence that resulted in experiments with forms and production approaches.

​Mid Century jewels became a way of self-expression and a form of a protest. Social unrest, emerging of new music genres and hippie movement had a huge influence on jewelry style. That’s why vintage jewelry from that era looks up to date decades after its appearance.